Why do we need Autoboxing?

Autoboxing does create objects which is not clearly visible in the code. So when autoboxing occurs performance suffers. If you see the java docs;

Autoboxing has bought with itself a lot of things that just are not obvious to a programmer.  What would be the output of below code?

Here is what the above code prints

If you are wondering what happened above,  2 was boxed to Integer and hence equals could not compare it with Long. And 2L was boxed to Long and hence returned true.

Caching of primitive by Wrapper classes

And on top of that if you add the below Java Language Specification, you would just be adding more confusion

Here is simple example that demonstrates the caching of int

What would be the result of above code?

What would be the result of below code?

And the output is:

The answer is that the compiler will choose widening over boxing, so the output will be “I am primitive long”.

A boxing conversion may result in an OutOfMemoryError if a new instance of one of the wrapper classes (Boolean, Byte, Character, Short, Integer, Long, Float, or Double) needs to be allocated and insufficient storage is available.

Would you expect this code to compile

Guess what! This code compiles fine. I am assigning a null to a primitive type. But it will always throw a NullPointerException. This is because compile tries to unbox null.

While running the below code, NullPointerException(NPE) can be thrown and it is not quite obvious from the code if you are not aware of autoboxing. Eclipse will show the warning for this code, “Null pointer access: This expression of type Boolean is null but requires auto-unboxing”. Because I made it obvious to eclipse that testNPE variable is null.
Let me make it less obvious to the eclipse in the below code.  And the warning will be gone but the possibility of NullPointerException still exists, as we are not handling the case of Boolean variable being null.

How to avoid this NullPointerException in Boolean unboxing?

Here is the ugly code to avoid the exception. Here we handle it in a way that accepts that Boolean has 3 possible values, null, true or false. 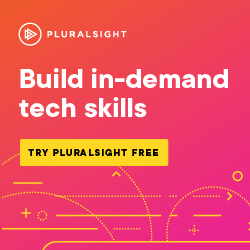